I have a LOVE  H A T E relationship with running.  But this year, this “training” cycle, something is working.  I’m training way less than I used to, but over a two week period I PR’d my 5K time TWICE.  The latest was AFTER a 17 mile bike ride – HOW IS THAT EVEN POSSIBLE?!

On April 30th, I ran a 5K at the Philly Zoo.  This was not easy as the paths throughout the zoo are narrow and we started at the back of the pack.  Obviously, we had to make a bathroom stop before the run!  The first mile was super slow as I was trying to weave my way around the walkers and strollers – 10:37. This was the first time EVER (training or race) that I had negative splits! Mile 2 – 8:28. Mile 3 – 8:11!  That race I would have considered my ideal time at 27:21.40.

Two weeks later I decided to finally get on my bike, the triathlon was 5 weeks away and I had yet to try out the new bike or even get a ride in.  No expectations for the day, I told myself I would bike 30 minutes out and come back.  As I changed shoes I ate a Phat Fudge packet and had a few sips of water.  Again, I set out with no expectations, I just wanted to run 3 miles without stopping.  Honestly thought this was a struggle.  As I ran up the hill to my car I looked down at my phone and saw that I was CRUSHING IT.  How was that possible, I felt like I was running so slow and my form was awkward as hell (at least that’s how it felt after the bike).  So I decided I was going to see what my 5K time would be and ran around the parking lot until my phone hit 3.1.  To my surprise I killed that run – 25:31. HOW?!?!

I have been in complete shock with how I was able to run my best 5K time EVER after an hour bike ride. Over the past week I’ve done a lot of reflection trying to figure out what I did to get here and realized this time around I have completely changed the way I train, especially when there is a race in my future.

My best friend got me into running long distances after college.  In 2009 I ran my first half marathon and even though I was unable to walk for the rest of the day, I fell in love with it. While running I completely disconnect my mind and zone out.  It is one of the only times I can quiet my mind. 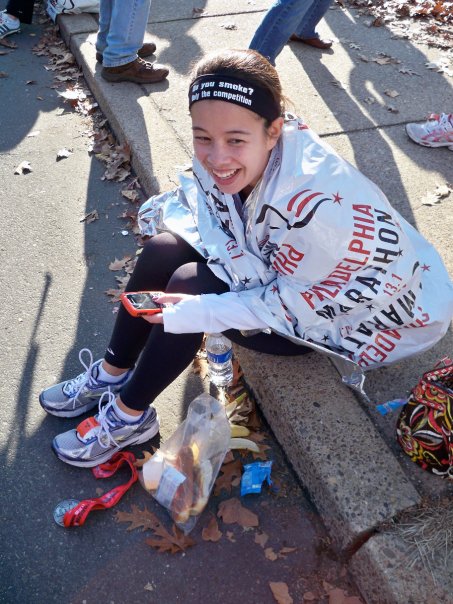 However, I was never able to break 2 hours.  I plateaued.  No matter how much training and running I did, my half time would never improve.  I blamed my body.  Without fail, the balls of my feet get blisters after a few miles and it becomes painful to run.  BAM I roll my ankle AGAIN –  I’m out for a few days/weeks with little to no motivation to get started again.  Once the mileage is more than 8 miles, my hips start locking up and it becomes painful to continue.

So on November 17, 2016 I made the executive decision to STOP RUNNING.  I needed to give my body a break after I rolled my ankle on an acorn while trying to decompress from work. I focused on accessory work – ankle strengthening with bands, glute activation, and foam rolling my lower body.

February 17, 2017 I was pumped to go for a run…with the dog.  I put on an ankle brace and found a trail with minimal roots and rocks to run a mile.  It felt amazing to get back out there.  Since then, there’s been no training plan or any goals in mind and yes, I committed to a triathlon in late June. For the past 3 months my training has been:

The biggest realization has been that recovery is key.  It is extremely important to give yourself enough time to rejuvenate between workouts.  Every workout doesn’t need to be balls to the walls, kill yourself.  Light, easy workouts may do a lot more than I originally thought.  I have a month to go before my first triathlon of 2017 and I don’t see myself ramping up my training efforts.  I do need to figure out how to incorporate bike rides, that isn’t something I want to figure out the day of.  Those seats are NOT comfortable.  But right now, I am content to listening to my body and not forcing myself to do something I don’t feel like doing that day. 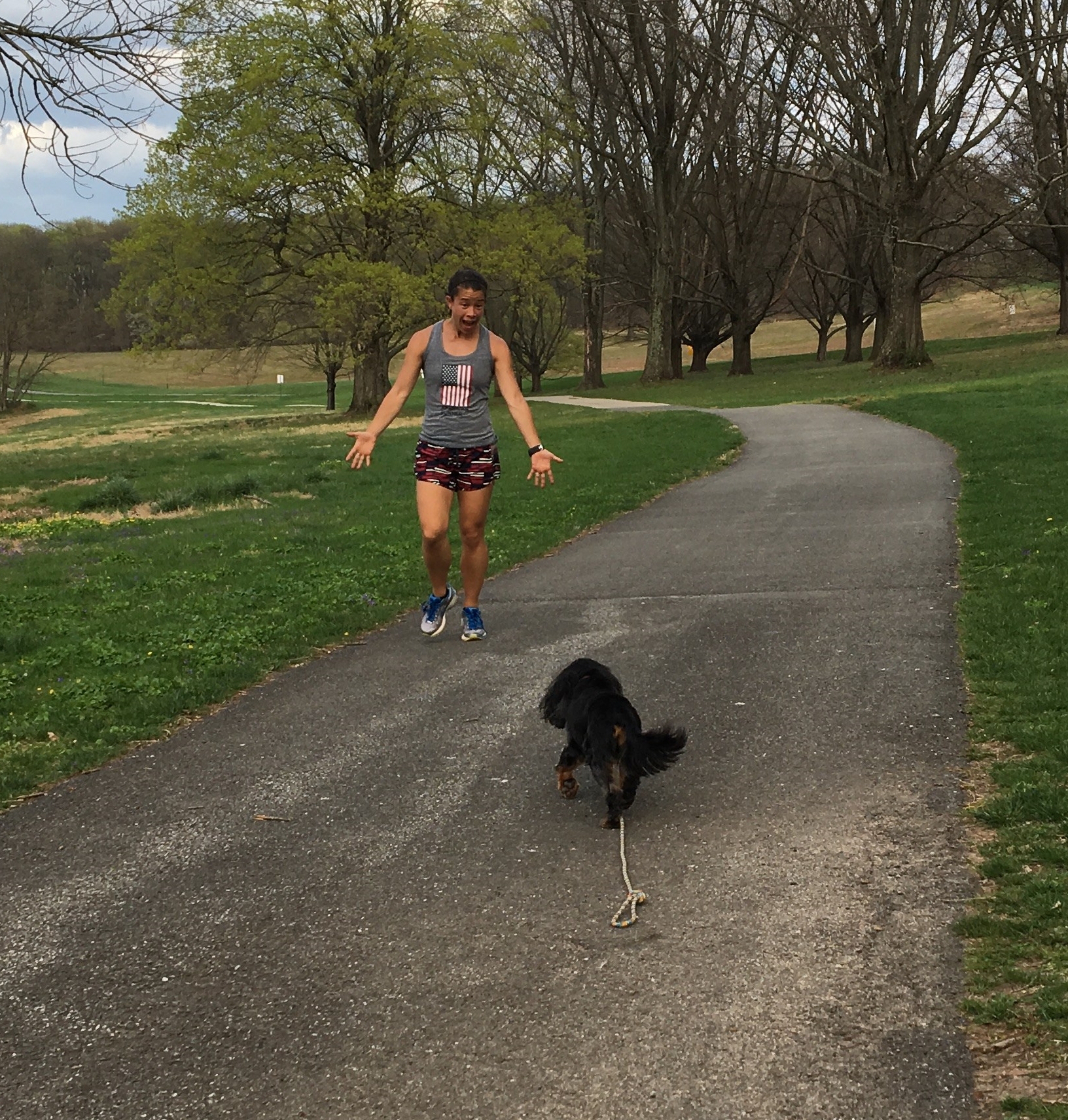 Hill sprints with the pup

This site uses Akismet to reduce spam. Learn how your comment data is processed.